Moments after Brad Phelps took to the field for his first match with an indoor soccer league, he dropped dead.

Phelps, 23, of Morristown, N.J., suffered sudden cardiac arrest. He was 22 at the time and a recent college graduate.

A teammate quickly began chest compressions while emergency officials were called. When they arrived at the scene, paramedics shocked Phelps’s heart with a defibrillator and rushed him to a local hospital. 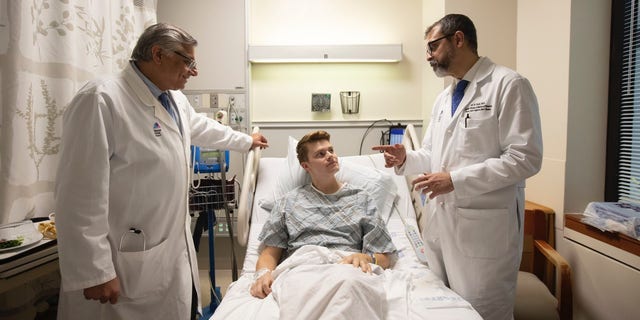 In total, his heart ceased to beat for 12 minutes.

To prevent any further damage, the doctors chose to use therapeutic hypothermia to treat Phelps. For 24 hours, his body temperature was lowered to about 91°F in the hopes the cooler temperature would slow the chemical reactions in his body and lessen any inflammation in his brain. 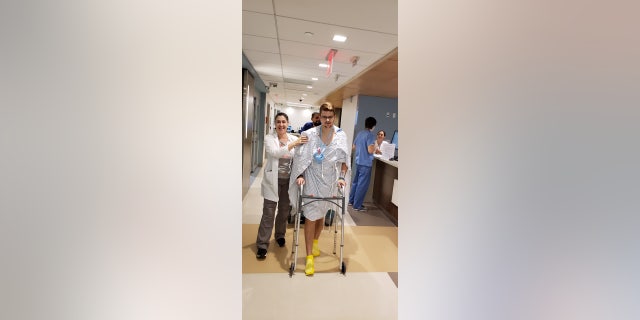 When someone suffers cardiac arrest — not to be confused with a heart attack — blood ceases to flow to the body’s organs, potentially causing damage to the brain, specifically, due to a lack of oxygen.

“We want to take away the work burden of the brain and let it recover,” Zaidi told Fox News of therapeutic hypothermia, during which Phelps remained unconscious. “When the hypothermia ends,  we reverse the cooling and let the body go back to normal, and we wait to see how the brain responds.”

To the delight of his family and his doctors, Phelps woke up shortly after his body returned to a normal temperature of 98.6 °F. He miraculously had not suffered any brain damage. He began walking again, albeit with assistance, just days after the incident. 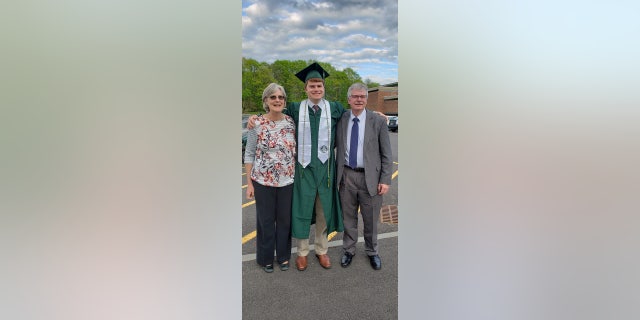 “He is doing remarkably well,” Gidwani told TODAY. “The trajectory of the improvements suggest that if there are any cognitive deficits, they would be so minimal.”

Despite his young age, Phelps was at an increased risk for sudden cardiac arrest because he developed a childhood cardiac illness called Kawasaki disease when he was 5, Zaidi told Fox News. The condition causes swelling in the walls of medium-sized arteries in the body, including the coronary arteries, per the Mayo Clinic.

Inflamed coronary arteries can “lead to weakening and bulging of the artery wall,” or aneurysms. Aneurysms can increase the risk of blood clots and internal bleeding.

Though he routinely saw a pediatric cardiologist growing up — who managed the condition by prescribing him blood thinners and conducting stress tests, per TODAY — Phelps had not yet transferred his care to a cardiologist for adults at the time he suffered sudden cardiac arrest. 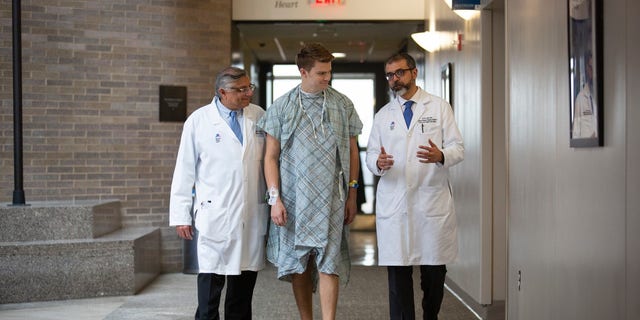 “I’ve been in pretty good cardiovascular shape,” he told the outlet, noting he lives an active lifestyle. “I wasn’t really off in terms of health at all.”

“He is very lucky,” Zaidi said. “The heart has made a good recovery, but his brain is in remarkable shape despite everything that happened.”

Zaidi said Phelps’s case serves as an important reminder for those who have long suffered from a cardiac condition to continue care and treatment into adulthood.

“There is a false sense of security; it’s not that they’re sick every day of their lives," he explained. "This is why the transition of care from pediatric to adult specialists is so important.”

Though more than 2 million people in the U.S. live with congenital heart defects, “only a fraction are seeking appropriate care,” said Zaidi.

“The burden is huge for the U.S. health system; the message is that if you are born with a heart condition, or develop one, don't fall out of care,” he continued, encouraging physicians to better educate their patients on the importance of continued care.