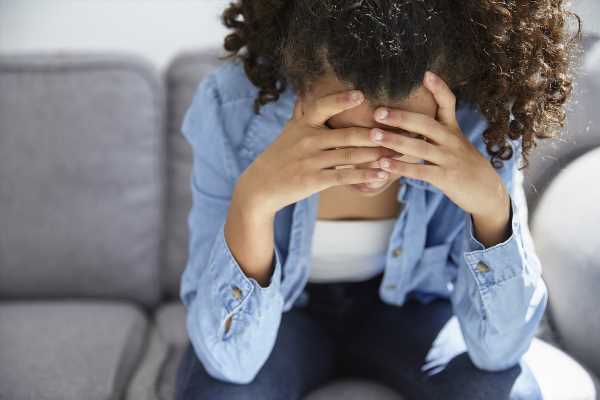 Several studies on COVID-19 have revealed gaping disparities in the U.S. that negatively affect the health of people who aren’t white, especially nonwhite women. A deep dive from researchers at Washington University School of Medicine in St. Louis and the university’s Brown School shows that in St. Louis County, Black women suffered at disproportionately higher rates than men and people of other racial and ethnic backgrounds during the height of the pandemic.

In a study published recently by the Centers for Disease Control and Prevention, researchers found that from August 2020 through October 2020, Black women in St. Louis County were at the highest risk for employment loss and food insecurity compared with Black men, white women and white men. Previous studies of COVID-19 mostly have focused on comparisons between different racial identities or between males and females.

Focusing on more than one social identity — in this study, race and sex — is known as an intersectional analysis. Taking that approach provided researchers a more complete analysis of who has been most impacted by the pandemic, “and we found that Black women have been affected profoundly more than other groups,” said Kia Davis, ScD, an assistant professor in the School of Medicine’s Division of Public Health Sciences, and senior author of the study published in the CDC journal Preventing Chronic Disease. “This study is not only recognition of significant inequities, but may help us better defend those who are most harmed should similar scenarios occur in the future.”

Davis said the research team sought to “dig deeper than just saying women experienced more job loss than men, or Blacks suffered more food insecurities than whites. Disaggregating the data allows us to use the results to guide health-care and social services programs, interventions and policy to mitigate the disproportionate effects of COVID-19 and related social harms on Black women.”

Employment loss and food insecurity are recognized as major social determinants of health, defined as social and economic circumstances influencing individual health. Examples of employment loss include job furloughs, layoffs and reduced wages; food insecurity refers to the quality and quantity of food eaten, worrying about food, and receiving free meals or groceries.

Over the years, multiple studies have documented the link between employment loss and job insecurity as both separate and combined factors contributing to adverse health outcomes, including an increased risk of death and diseases such as substance abuse, suicide, depression and anxiety, substandard physical health, and chronic diseases.

“Historically, African-Americans and women are most harmed by social determinants of health due to systemic racism and sexism,” Davis said. “Our study shows that COVID-19 has widened existing sex and racial disparities that can affect health.”

The researchers analyzed de-identified data of 2,146 adults ages 18 or older who resided in St. Louis County, Missouri. People were contacted via phone by county public health officials through a collaboration between St. Louis County and Washington University’s Institute for Public Health. Participants were asked a series of questions about their experiences with employment and food during the pandemic.

“I wasn’t surprised that Black women faced higher harms, but I was surprised by the magnitude,” said the study’s first author, Jacquelyn Coats, a doctoral student at the Brown School. “These results emphasize the need for increased community outreach programs and for bigger structural changes, such as labor laws offering better worker protection.”