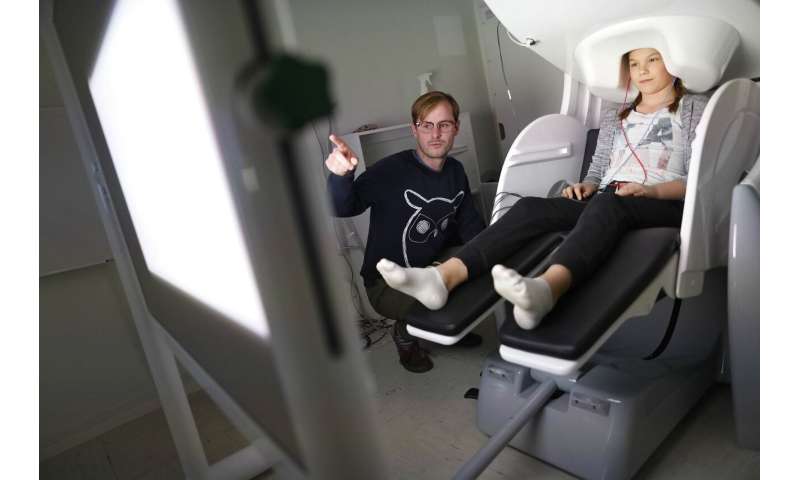 A study at the University of Jyväskylä indicated that children’s brains have special features not found in adult brains. For the brain, childhood and youth are special stages, as the neural networks are then especially adaptable and responsive to environmental interaction.

The development of the brain is often conceived as a series of gradual changes toward adulthood. It is thought that, in a way, children’s brains simply gain additional elements when attaining mature level of functions. This conception about brain development is not in line with the findings of brain research. A recent study at the University of Jyväskylä shows that children’s brains are by no means just smaller, incomplete adult brains.

Senior Researcher Tiina Parviainen and her research group found a specific activation pattern in children’s brains, which deviates clearly from adult brains. This brain activation pertains to the developmental stage of the brain, in particular, and seems to disappear by adulthood.The findings have been reported in the journal Human Brain Mapping.

This feature of brain function, which is characteristic of children, arises in response to very simple sensory stimuli, thus probably reflecting a structurally different neural network in child brain. This interpretation is also supported by the recent findings by Professor Takao Hensch’s research group in the United States. Focusing on development at cellular and network level, they have indicated “windows of plasticity” in brain development, where the brain’s biochemical properties are especially favourable for the formation of connections between neurons.

Parviainen’s research group investigates the underlying role of children’s special brain activation for cognitive development. Doctoral student Sam van Bijnen, a member of the research group, has studied the characteristics of this activation in children with linguistic disorders. These children show an exceptionally strong neural response, but only in the left hemisphere, which is known to be specialised for language processing.

The left hemisphere also seems to retain the “immature” features typical of children’s brains for longer than its right counterpart. These internationally rare findings are consistent with the well-known role of the left hemisphere in language processing. In adulthood, the processing of the specific characteristics of each language system lean particularly on the functioning of the left hemisphere. Thus it may be important to keep these neural networks flexible and sensitive to environmental influence during development; this enables the brain to adapt successfully to the specific language environment.