Home » Wellness » New year, new you? Why we think a better body will be a better self 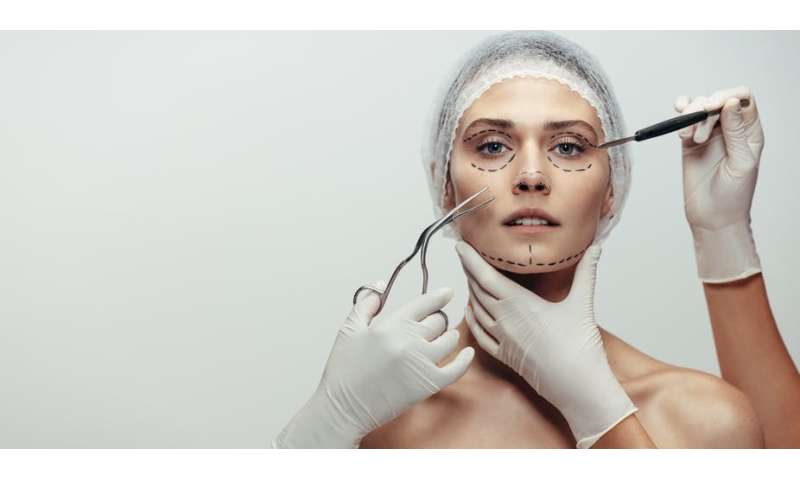 Is a better body a better self? Is a perfect body our best self? In the visual culture we inhabit we increasingly believe that a better body will lead to a better life, one where we are happier, have a better job, a better partner, and things go well for us.

Think about the New Year’s resolutions we make, the majority of them are about the body—to exercise more, to change our diet, or straightforwardly to lose weight. While exercise might be undertaken under the guise of health, it’s often for beauty, and as beauty becomes the dominant value we, at times, risk our health for it.

Thinking that we are our bodies is transformative, it overturns how we understand human beings. We used to think that to be better we had to change what was on the inside—to have a better character, be kinder, be a better mother or friend. In my research, I’ve found that we now increasingly judge ourselves and others on looks. We think that the inside will follow the outside.

In the social media world, what matters is looking like the perfect mother rather than being the perfect mother. In a visual and virtual culture to succeed we have to look like we succeed, and make the grade when it comes to our appearance: to be thin, firm, smooth and young enough. And then, miraculously, all the rest will come to us. This is a dramatic change in what we value and what matters to us.

As our bodies have become ourselves, we are also then under pressure to “fix” them in order to fix ourselves. It’s no surprise in this context that we think changing our bodies is something we have a duty to do. Bodywork, from hair removal and constant diet and exercise to cosmetic surgery, is something we obsess about and focus our lives around.

Many of us want to change our bodies because we feel like we are not good enough as we are. While cosmetic surgery is still a minority activity it is growing. More and more of us are going under the knife, as well as engaging in very many more beauty practices.

This is a global trend. In 2018, more than 28,000 procedures took place in the UK. In the US, the number was close to 18 million. While in South Korea, which boasts the highest number of procedures per capita worldwide, there were a million.

That cosmetic surgery is becoming normal is reflected in the TV shows we watch. Increasingly, they present cosmetic surgery not as unusual or an “extreme makeover” but routine and aspirational. Channel 4’s Surjury clearly buys the claim that our bodies are ourselves, and that if we fix our body we’ll fix ourselves.

In attracting participants, the show promises to “make your surgical dreams come true.” The format involves contestants pitching their stories to a jury of strangers (and you can apply to be on the jury too) who decide which lucky contestant will have the surgery they desire.

The BBC’s Plastic Surgery Undressed is less sensationalist and doesn’t pay for surgery. Instead, it takes four people considering a procedure and gives them the opportunity to learn as much about the surgery as possible, including watching one being performed by a leading surgeon.

The show is pitched as a response to a poll the BBC conducted of 1,033 UK women aged between 18 and 30. The results found that 48% of respondents believed that having a cosmetic procedure is like having a haircut and that 66% indicated that they had either had a cosmetic procedure, or would consider one.

While the show strives to educate it also normalizes procedures that can raise real risks. For example, bum enhancement surgery, also known as “Brazilian butt lifts,” have seen an increase in demand but are wildly dangerous. The British Association of Aesthetic Plastic Surgeons has warned surgeons against performing the surgery until more is known and the American Society of Plastic Surgeons has dubbed it the most dangerous form of plastic surgery—with a mortality rate of 1 in 3,000.

As more people have surgery, the more normal it is, and the more people opt for it, in turn, the more normal it becomes, and so on. It might not be very long in the future when it will be normal to have surgery and abnormal not to. We can see this in other beauty practices. Body hair, for example. We have reached the stage where we now believe that a normal, and even natural, body is one that is hairless. In 2018, there was an increase in hair removal with 70% of adults removing hair from their bodies compared with 64% in 2016, according to research by Mintel.

As the modified body becomes the normal body, we will spend more and more time trying to fix them—shaping, cutting, molding and toning ourselves into our “perfect” body. A body that doesn’t and cannot exist. We all age, sag, wrinkle and die, and even those who fit the ideal will still feel they don’t measure up.

As the practice of surgery becomes more prevalent, more surgeons are being confronted with patients who suffer from body dysmorphic disorder (BDD). It is believed that 15% of people seeking plastic surgery have it and fewer than 10% of BDD patients will be satisfied with the results. Instead, it is likely that their anxieties will focus upon another aspect of their appearance.

The type of beauty ideals we aspire to cannot be achieved. No one can have perfectly smooth, pore-free, blemish-free, wrinkle-free skin. This only exists in the virtual world of make up, filters, apps and airbrushing. We all know that even celebs and influencers don’t look like their enhanced and modified images.